We explore the future of organizing and business model innovation by creating free tools and by delivering workshops, training and advisory services to our adopters community.

Do you want to know what will be the new foundations of platform-ecosystem thinking in a context of constant change?

Be the first to discover the results and gain awareness and competitive advantage.

A one-day online event to understand the challenges and new possibilities of building scalable platform strategies and ecosystemic organizations.

Learn how to use our platform design tools that bring you from the strategy design to the prototyping phase in an hands on, practical and collaborative experience.

Bring your own project if you’ve one.

Discover how we help organizations advance in the platform transformation by co-creating a language, open tools and enriching conversations.

Supporting entrepreneurs, leaders and organizations with training, facilitation and advisory

Stay on top of the game with the latest news, tools updates and curated content on ecosystems and platforms

An advanced toolkit to explore new opportunities emerging from the ecosystem through value chain mapping and analysis.

The most widely adopted set of open and visual tools for designing ecosystem-platform strategies.

The paper “From Business Modeling to Platform Design” have been instrumental to kickstart the field of Platform Design and generated a plethora of mimicking offerings in the market.

In our Community, we create spaces for discussion to exchange, frame questions and bring ideas and initiatives forward. It is a space where we support each other as practitioners. Boundaryless organizes yearly meetings to bring thinkers together and explore new tools and emerging trends.

Drop us a line to join the Community of Practice

Launching the research plan for the new Whitepaper

On 20 January, we launched the research plan for our new Whitepaper, aware that – after more than three years – the context and scope of platform-ecosystem thinking have changed and grown widely. 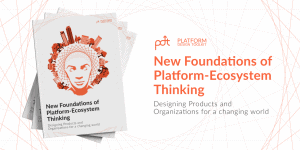 On 16 March, we launched the first of a series of bi-weekly research updates, where we keep the community updated on our latest progress on the research plan for the Whitepaper, up to the draft release on 20 July. The first one introduced A Compass to Explore the Future of Platforms & Ecosystems, with research questions corresponding to different key areas we explore.

Read all the previous research updates: 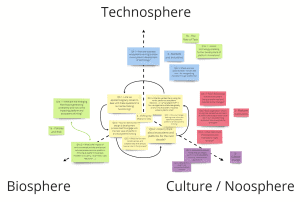 On 18 March, we kicked off our monthly Whitepaper Community Calls, where we explore the latest research findings together with the community. In the calls, we provide space for reflection and deep conversations, as we try to build a collective sense-making practice. 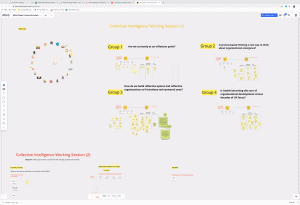 Join the next one on 3 July, 1-3 PM (CEST) here:
https://platformdesigntoolkit.com/NextSenseMaking

On 7 April, we launched the Boundaryless Conversations Podcast, a vital part of the research project where we speak to amazing thought leaders from the world of organisational and societal transformation, including names like John Robb, James Currier, Alex Osterwalder, Bill Fiacher, Michel Bauwens, Ana Andjelic and many more. Don’t miss to subscribe to it on your favourite platform!

We also provide our key insights, show notes and interview transcripts on our Medium stories: https://stories.platformdesigntoolkit.com/podcast/home 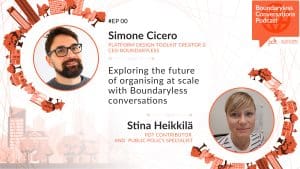 Revamp of the Early Adopters Kit and Explorer Packages

On 11 may, we launched the revamped versions of the Early Adopters Kit and Explorer Packages, for those interested in supporting our research, and keep all our contents and tools in the Creative Commons. Read about all the perks that come with supporting us below:

Check out the Explorer Package

Checkpoint episode: between the “no more” and “not yet”

On 15 May, we released a checkpoint episode with Boundaryless’ long-term advisor Lisa Gansky, where she offers an interesting framing of the “no more” and “not yet”: a sweet spot for innovators and builders of new ways of organising and enterprising in the 21st century.

Check out the key insights, show notes and transcript on our Medium publication. 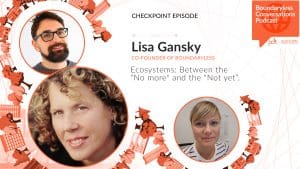 SAVE THE DATE – 23 JULY 2020 for the Future of Platform-Ecosystem Thinking: A Sense-Making session

On 23 July, we hosted a one-day online event to collectively understand the emerging challenges and new possibilities of building scalable platform strategies and ecosystemic organizations for a rapidly changing world.

In this event, based on the research leading to our upcoming Whitepaper New Foundations of Platform-Ecosystem Thinking, we shared insights into the evolving landscape of organizing and how to play the right role in the business ecosystems unfolding, while embracing governance and value-creation models that ensure whole-system development. 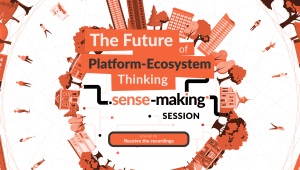 Stay tuned for the final release of the Whitepaper, which will take place in October 2020. To help us keep all our work in the Creative Commons, become an Early Adopter and enjoy the extra perks that come with it. 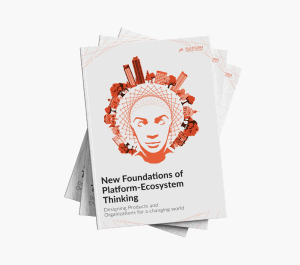 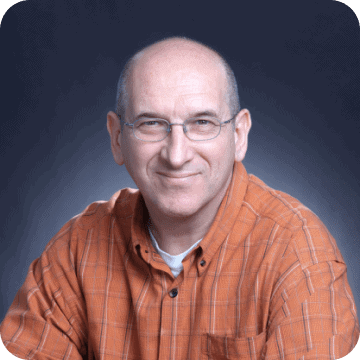 Commons-based peer production at the edge of a chaotic transition.

Michel Bauwens is founder and director of the P2P Foundation, research director of CommonsTransition.org (a platform for policy development aimed toward a society of the Commons) and a founding member of the Commons Strategies Group. Michel is a real lighthouse when it comes to collaborative, commons-based production models and works tirelessly since more than a decade in collaboration with a global group of researchers in the exploration of peer production, governance, and property.

In our boundaryless conversation with Michel Bauwens, we explore both the epistemological and political/regulatory layers of the transition from the “old” to the “new” ways of organising society. Michel ponders that we will see the emergence of trans-national institutions that connect local constituencies globally and virtually and which are able to protect planetary boundaries. He suggests that the political and regulatory space need stronger commons-based institutions and governance protocols, where the nation state becomes a “partner state” and you have a public commons protocol, like for example in the Bologna regulation for the care and regeneration of the urban commons in Italy.

We also talk about the fact that we’re moving towards a mutation of consciousness where Western countries are increasingly questioning modernity/progress paradigm, while many Asian countries still think they can get capitalism right in terms of the relationship modernity-nature. Nonetheless, the fact that we’re currently consuming five times our planetary resources to maintain the capitalist economic model might indicate that we’re moving towards a next “pulsation”, or regenerative reaction, to a period of unsustainable extraction.

Read the full Medium Post from the episode:
https://stories.platformdesigntoolkit.com/commons-based-peer-production-at-the-edge-of-a-chaotic-transition-6-462286840af3

Commons-based peer production at the edge of a chaotic transition 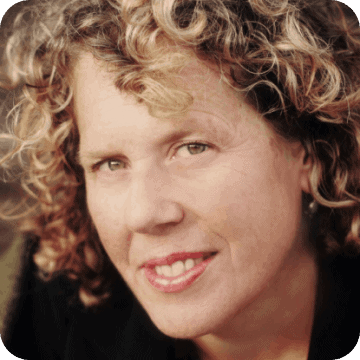 Ecosystems: Between the "No more" and the "Not yet”. 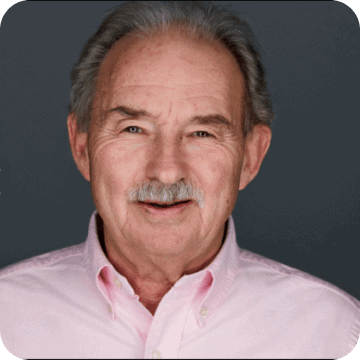 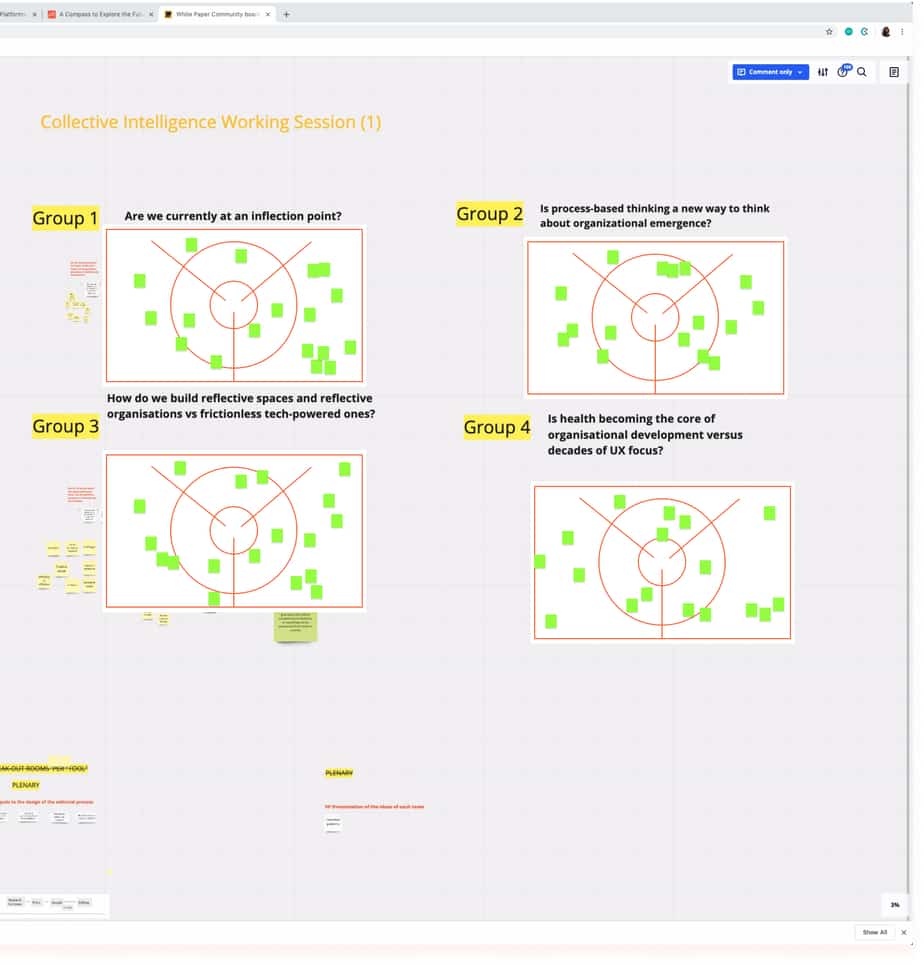 Participants will join the event bringing their own experiences and questions related to the key insights presented in the opening sessions and through the research (check out the Whitepaper web page to catch up on the contents and process).

Each part of the event will help to build key strategic insights and gain new skills through different formats, starting with inspirational framing sessions followed by practical 1.5 hour workshops and ending in a 2-hour sense-making session reserved for the Early Adopters Kit buyers.

Integrating the power of communities and networks into organizations

Growing the organizations we need for the world we want